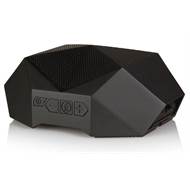 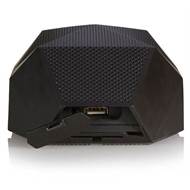 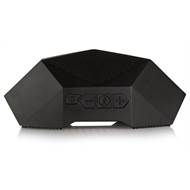 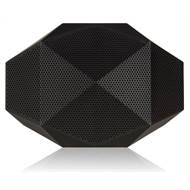 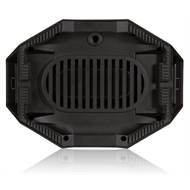 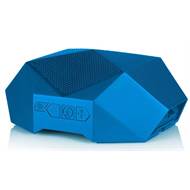 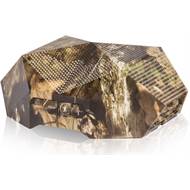 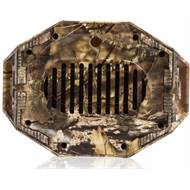 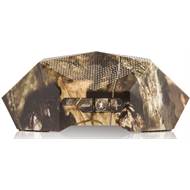 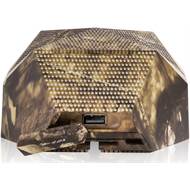 We've been there. Your social calendar is as blank as the stare of a bank teller in a country where you don't speak the language, and your outlook on life is about as positive as 20 years hard labor in a Siberian gulag. You think it'll never be sunny again, even when it is, actually, quite sunny outside. Life is meaningless.

Have you considered music?

It's what saved us. Specifically, portable, powerful, uplifting sounds of joy emanating from the most elegantly rugged of sources, the venerable and venerated- Turtle Shell 3.0

Now in its third edition, the Turtle Shell is a whopping 20% louder than its predecessor—which was at least that much louder than the original—and a lot more efficient to boot. It plays louder, for longer, from further away. We've even improved the waterproofing, so you can literally take this rugged Bluetooth boombox into the water with you. It floats. No lie. Would we lie? No.

The Turtle Shell saves lives with 360-degree sound from an IPX7 rated polygonal housing that wouldn't look out of place in an interior design magazine—an avant-garde appearance that belies its rugged, dust- shock- and waterproof capabilities. A built-in microphone lets you take and make calls and ask your digital assistant to find out just how deep is the deepest lake in the world (it's Lake Baikal, for the record, at 5,314 feet) while you float off in tubular, tunular bliss.

The upgraded capacity of the Turtle Shell 3.0 gives you an outstanding 20 hours of playful playtime, with the ability to act as a portable power bank for your phone or music player as well. If your source isn't Bluetooth-ready, you want to save some battery time, or wires are just your thing, that's cool—the included 3.5-to-3.5mm cable lets you keep listening…but you won't be able to use the impressive 32-foot free-range-chicken mobility that makes the Turtle Shell so liberating.

Now that you're free, it's time to get loud. And the Turtle Shell 3.0 can get even louder thanks to its true wireless daisy-chain function-linking up to another Turtle Shell up to 15 feet away, to create a wall of well-designed, tougher-than-coffin-nails, louder-than-loud sound that extends a whopping 45 feet away from your source. It's just what they do.

Welcome to your resurrection, kid. Never thought a turtle would save you, did you?