Louis is a traveller, adventurer and endurance athlete. He's run and skied thousands of kilometres through the most inhospitable climates on earth pushing him to his physical and mental limits. Not only inspired by the nature he experiences and the sense of adventure he feels, Louis' challenges are made all the more meaningful by his goal to raise awareness on climate change.

In 2015 Louis set himself the challenge of running ultra marathons in the desert, mountains, jungle and arctic. Fast forward five years and he has achieved his goal.

Many of Louis' races require him to be self-sufficient, carrying everything he needs to survive - living in these extreme environments - in his backpack.

The Svalbard Expedition marks the latest adventure. Skiing self supported across Svalbard, an archipelago in the high arctic not far from the North Pole, Louis must overcome polar bear encounters, arctic storms, and crevasses, in an attempt to ski 200kms from the east coast of Svalbard to the west coast.

Louis must overcome polar bear encounters, arctic storms, and crevasses, in an attempt to ski 200kms from the east coast of Svalbard to the west coast.

Crossing this cold, windswept and inaccessible environment in the far Arctic North, halfway between the northernmost tip of Norway and the North Pole, requires extreme determination and fitness.

A harsh and dramatic island, the mountain ranges are vast, varied and primarily covered in glaciers and permanent snow… few places have a more dramatic nature. 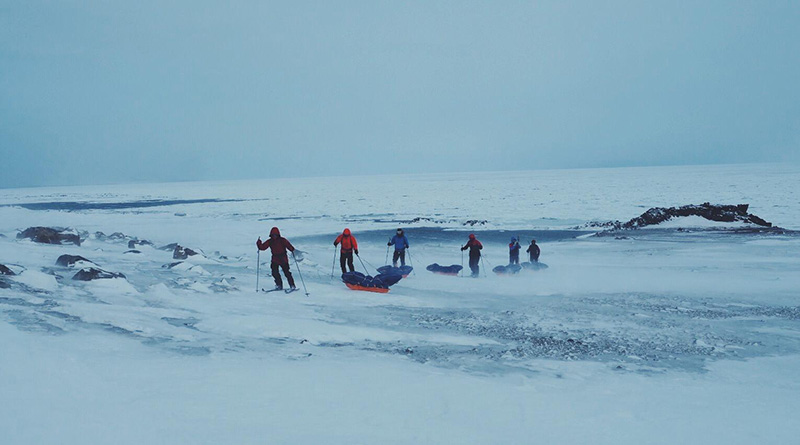 Louis plans to cover 200kms skiing from coast to coast and hopes to complete the expedition in 11 days.

The isolated landscape demands that Louis be completely self-sufficient - he will drag his tent, sleeping bag, food, stove and clothing in a pulk (Nordic sled) weighing around 75kgs. Each night, setting up camp requires at least 3 hours work, maintaining skis, putting up the tent, melting snow for water and fixing polar bear deterrents.

Raising awareness on climate change is one of Louis' key reasons for the trip. It is saddening to think that this beautiful Arctic archipelago and the wildlife that call it home may not exist in 50 years - climate change is melting Svalbard's glaciers at an alarmingly rapid rate.

Sleeping in remote glaciated mountain terrain, 100s of kilometres away from civilisation, polar bears and arctic storms pose a very real threat to Louis and his team. Weather conditions can change rapidly and the temperatures can drop as low as -30C, making preparation and correct, high-quality equipment a vital necessity.

OutdoorGB have teamed up with suppliers such as Berghaus, Salomon, Suunto, Exped, Sealskinz and Helly Hansen to provide Louis with cutting edge, high performance equipment. 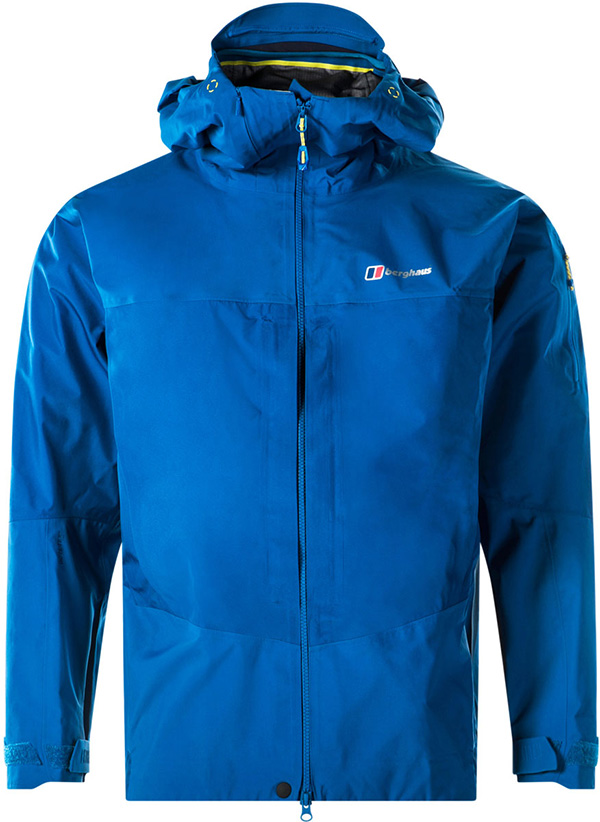 My daily skiing jacket of choice was the Extrem 8000 Pro. As expected temperatures in the high Arctic were very cold and it was crucial that my outer layer kept me warm. However, it was equally important not to sweat too much which would cause my body temperature to significantly drop and increase the risk of hyperthermia. The Extreme 8000 was ideal - not only did the advanced Gore-Tex® fabric keep me extremely warm and dry and ensure robust protection from the harsh Arctic storms, it also offered amazing breathability and functionality. 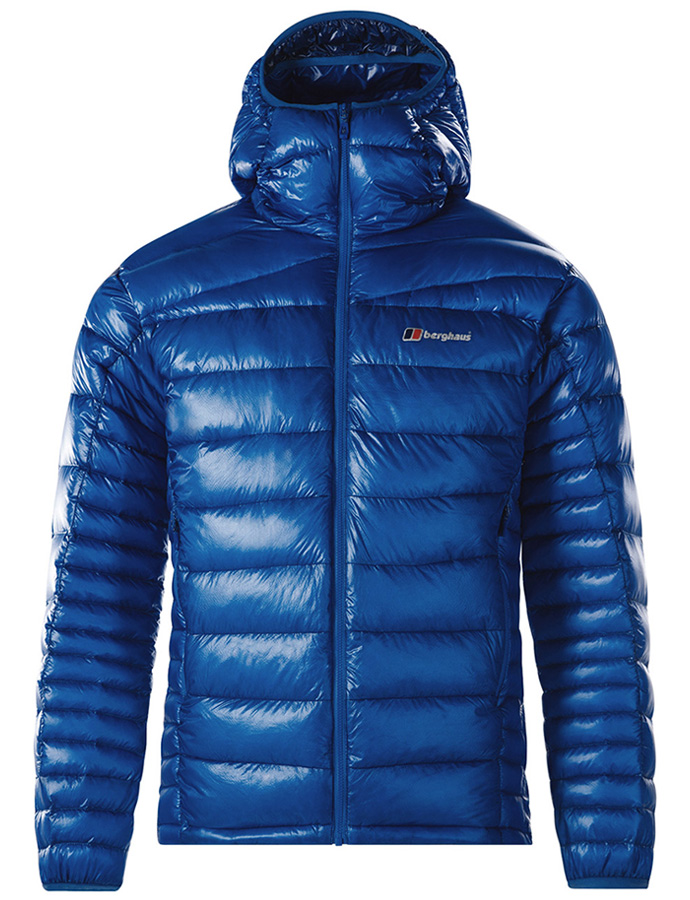 The physical effort of skiing and dragging a heavy pulk for long distances meant that our body temperature was usually high, but once stopped it quickly plumented. During snack breaks and down time in camp I would put on the Ramche Extrem Jacket to keep me warm. The jacket has advanced body mapping technology to ensure increased warmth for the areas of your body that need it most and the reflect mesh lining reflects body heat powering up the down insulation. I can see why Bergahus have labelled the Ramche one of the most advanced down jackets in the world!

After overcoming Arctic storms during the first two days of the expedition, the weather for the remainder of the expedition was - despite being extremely cold - also very sunny. My Julbo Shield sunglasses quickly became an invaluable piece of kit and I would wear them throughout the day to protect my eyes from the reflection of the sun's light off the Arctic ice. Snow blindness has been the downfall of many Arctic explorers and mountaineers in the past but my Julbo sunglasses offered complete protection. 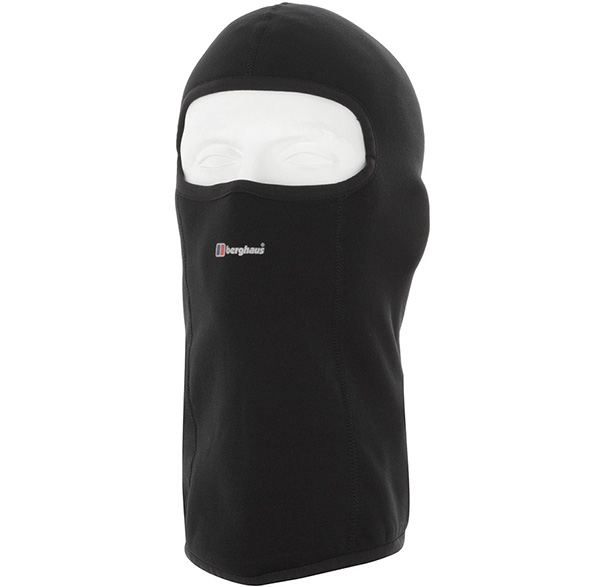 The Berghaus power stretch balaclava kept my face constantly warm. The fabric was comfortable and gentle on the skin whilst also being effective at wicking away moisture, enabling perspiration was drawn away from the skin leaving it warm and dry. The balaclava was also remarkably robust; I wore it religiously for 12 days in extreme Arctic conditions but it still looks like new. Arctic explorers always fear catching frostbite and your extremities such as the nose and ears are some of the most vulnerable areas. The Berghaus balaclava ensured comprehensive coverage of my face without compromising on breathability so I was protected from frostbite but also free to ski hard. 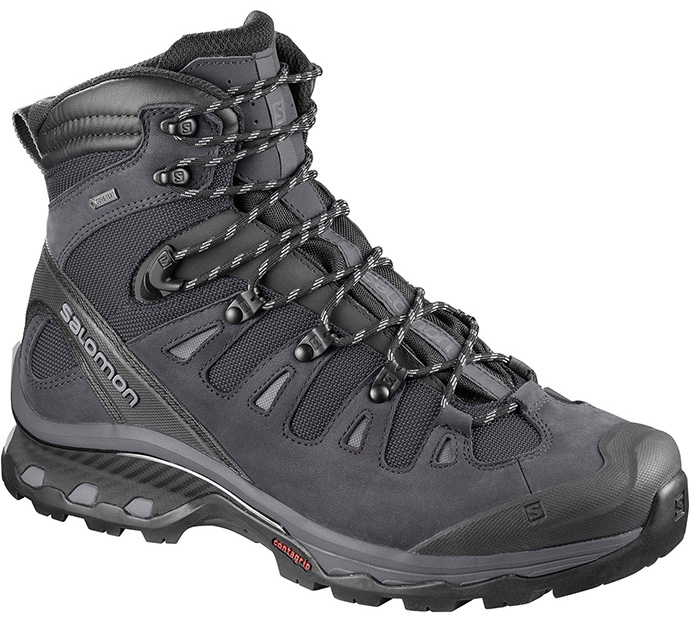 Skiing a minimum of 15kms a day across icy, uneven terrain with a heavy pulk attached was a considerable physical effort and there was no respite from hard work when I stopped for the day; as soon as I unattached my pulk I unpacked the tent and got cracking on digging a small trench where I set up the stove and started melting snow for water to re-hydrate food and fill flasks for the following day. In camp it was a relief to get out of my wet, cold skiing boots and into my comfortable Salomon boots; not only were they warm, waterproof, and robust, the boots also had amazing grip, which was ideal as I could walk around completing the various tasks I needed to do without worrying about slipping over or getting cold feet. The boots are also really versatile as given their stylish design I could wear them around town at the end of the expedition.